During the past 10 months, we have been interviewing our existing customers and collecting a wealth of information about how they use Zoined and what benefits they are especially fond of. It turns out that all the customers are empowered to run their operations in a more lean fashion than before they used Zoined. Read […]

A drop in UK High Street footfall The latest figures show that UK High Street footfall continued to decline towards the end of the summer, with August experiencing a 2.6% drop according to BRC-Springboard figures reported by Retail Systems. Retail parks fared better, with footfall increasing by 1.6%. Regional differences also had an impact, with […]

The Evolution of Data

Are you up to date with data? It’s a question that catches many retailers off guard. Many have invested in great data collection technology, and will point to the wealth of information they have as a positive step for their business. But what can you do with that data? What’s the next step? In today’s […]

How do deal with the ‘known unknown’?

Shoppers, the Known Unknown A question we are often asked by retailers that already collect plenty of data is ‘how do we use our data to improve customer experience in-store?’. Having a lot of data is great, but if you can’t use it to make meaningful changes based on solid insight then it’s not going […]

On the face of it, omni-channel is a simple concept. A basic definition is that it relates to a type of retail which integrates the different methods of shopping available to consumers, such as online, in a physical shop or by phone. But shopping habits have changed massively over the last five years, driven by […]

Retail Analytics: does Retail Need Vertica like a Fish Needs a Bike?

As a Vertica partner, Zoined is well placed to explain the benefits Vertica brings to the retail industry. And that’s exactly what Zoined MD Styrbjörn Torbacke will be doing as a guest speaker in an upcoming Vertica webinar, which also features analyst Dana Gardner. The free webinar, which takes place on 7 September (with on-demand […]

The Cloud, the Internet of Things, artificial intelligence. These are just the tip of the iceberg when it comes to the new technologies that retailers are investing in. In fact, many retailers have already dipped their toes into the steady stream of new technology and services available to them in order to gain competitive advantage […]

Taking advantage of the summer surge

A quote often attributed to Mark Twain goes: “Everybody talks about the weather, but nobody does anything about it.” It’s an accurate reflection of the British obsession with the weather. In fact, according to a BBC report, nine in 10 Brits will have talked about the weather in the last six hours. However, when the […]

How to avoid data paralysis

Many managers of retail and hospitality operations will be mulling over the impact that analytics could have on their business. It’s not a surprise that lots of decision makers will want to take time to assess their options to ensure that they are taking the best course of action to achieve their goals. But in […]

Struggling to find the right data to help you boost your business? What if I told you that it has been hiding right under your nose the whole time? As unlikely as it sounds, at Zoined we have seen time and time again that seemingly minor details that are often overlooked can in fact be […] 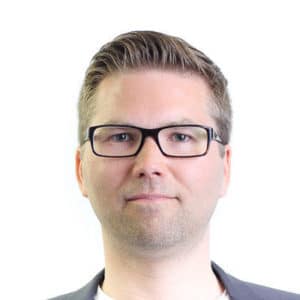 Join the hundreds of merchants

who have already increased their revenue.

Book a demo
Request a trial